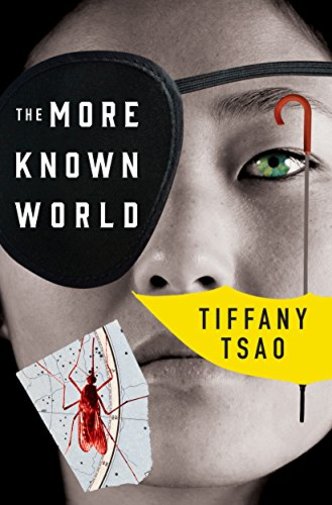 As the woman spoke, An An’s heart began to pound — faster and faster. It seemed to her as if the room they were in was stretching and multiplying, segmenting into angular facets, which would expand and divide again into more facets, and more facets still. The woman, whom she had been standing next to just seconds before, was moving farther and farther away as if she were on a high-speed conveyor belt. Yet to all appearances both she and the woman were standing completely still.

“What’s happening?” cried An An, reaching out to steady herself against a nearby exhibition case. But it had receded into the distance like the woman, who by now was nothing but a tiny speck on the horizon.

Then, with a jolt, everything contracted.

book two of the oddfits series

Tiffany Tsao is a writer and literary translator. View all posts by Tiffany Tsao